Not So Thoughtless Journaling

Man… Or… Woman… lol The whole male vs female vs… genderqueer? Is blowing my mind lately.

(Note: I’ve never fucking heard of genderqueer?! I just googled it. This is what’s blowing my mind! I was all “What is it that they call themselves now? Wait… WHAT?!” The word I was looking for was non-binary.)

Anyhow, I think it all started with running into this guy Jordan Peterson. I saw how ran into his “self-authoring” program and it seemed interesting to me. Wanting to find out more about the guy I looked at some of his YouTube videos and he’s all up in the middle of some kind of gender pronoun debate going on in Canada. Anyhow, I think queergender people have some particular pronouns they want people to use… I’ll look them up… Again, from Wikipedia:

Some genderqueer people prefer to use gender-neutral pronouns. Usage of singular ‘they’, ‘their’ and ‘them’ is common; and ze, sie, hir, co, and ey are used as well. Some others prefer the conventional gender-specific pronouns ‘her’ or ‘him’, prefer to be referred to alternately as ‘he’ and ‘she’, or prefer to use only their name and not use pronouns at all.[29] Many genderqueer people prefer additional neutral language, such as the title ‘Mx.’ instead of Mr. or Ms.[30]

Language is CRAZY! I totally get where they’re coming from though. One of the first things that stuck out about the Chinese language for me was that they don’t have he or she (verbally). There is a single pronoun tā 他. Ever since running into that (20+ years ago) I always thought it’d be nice if we had a similar word to use in English (we don’t). Queergender people are trying to make that a thing and, if I’m following it all correctly, in Canada there’s a law that passed that would potentially make NOT using gender-neutral pronouns towards someone who would like you to use them “hate speech”. It’s hard to separate hyperbole from what’s actually going on.

Anyhow, that’s where Jordan comes into play. He’s been extremely critical about trying to force linguistic change with the law. OK… with that out of the way…

I’ve been thinking about words like dudes vs dudettes and guys vs gals. It’s “weird” (but not understanding history) that the male version can be used for males and females but the female versions are not, generally speaking, OK to be used towards males. I’ve been challenging that in the opening of my videos. My usual opening is “Sup dudes!” I’ve been toying with using gals or dudettes and… it’s super weird. Lol I’ll keep trying though!

All of the above happened well in advance of the talk Shannon Chang gave at MOX this past Friday. There’s a whole swirl of things in my mind right now. I don’t currently have a co-founder for what I’m working on… do I want one? Then I got to thinking about how I like tackling challenges solo style. It’s kind of how men in the US are programmed to function. The first, and perhaps one of the best, examples of that which comes to mind is backed by the US government.

“Be all you can be,” and “An army of one,” are kind of weird slogans for something that is so TEAM focused. Even “I want YOU”. It’s been beaten into my with hip-hop. Here’s the first example that came to mind from a hip-hop legend…

Hmmm… ran into this video titled “7 Most incredible One Man last stands in History”. The first line in my favorite track from ODB is “I’m the one man army.” Huh… Now I’m thinking about all of Miyamoto Musashi, Elon Musk, Jeff Bezos… The virtues of being “self-made”…

This is all kind of bad programming, modeling and conceptualizing for creating teams… lol

Let me try that again…

I’ve never given much thought to having any mentors, advisors or actively trying to find a co-founder to work with me on this, or any, project. I kind of like the idea of “going at it alone”. I like the challenge involved in figuring it out myself. I liked team sports growing up but I can remember a turning point somewhere along the line where I realized that with solo pursuits I’m not held back by the lack of dedication and drive by teammates. I mean… on my own, I can push myself as hard and far and for as long as I wish. When I compete (in swimming, BJJ, chess, etc.) it’s all on me. Well… I should probably change that kind of thinking if I want to start something up! I keep trying to use “Female Mentors, Advisors and Co-Founders” as a title and… it just isn’t working! Lol

Shannons talk got me thinking about co-founders and mentors and how approaching a female for mentorship is something that never crossed my mind. Approaching a female co-founder had actually approached my mind, but only because it happened somewhat situationally. I think, on my own, it wouldn’t cross my mind. But, the more I think about it, women possess a lot of qualities and experiences that I lack. I mean that in the general sense and in a practical sense.

Alright… enough self-talk! Let me do a little homework… I’d like to understand more what I should be looking for in mentors, co-founders and advisors… You know what… maybe I should ask someone instead of going to Google… lol Nah… lol

Going through all of the articles above made it clear that I most certainly should be building a network of advisors, mentors and peers. One of the articles pointed out that a lot of founders approach potential advisors with their idea and how that can be a bad move. It’s funny. I don’t think I’ve ever formally looked for mentors/advisors, but I’ve approached a ton of potential advisors pitching my idea. Feels good that I’m outgrowing that. I also picked up on being clear about what you’re looking for in an advisor and being sure you’re approaching someone who is a good fit.

Anyhow… finally sent my first message to someone officially inquiring about figuring out the whole advisor thing. It’s funny. I was all nervous about it… I have a problem asking people for help. Gee… I wonder why (see above). OH! While cruising the China Accelerator I noticed William Bao Bean rocking a Wu-Tang Clan shirt. I immediately wanted him as an advisor… lol 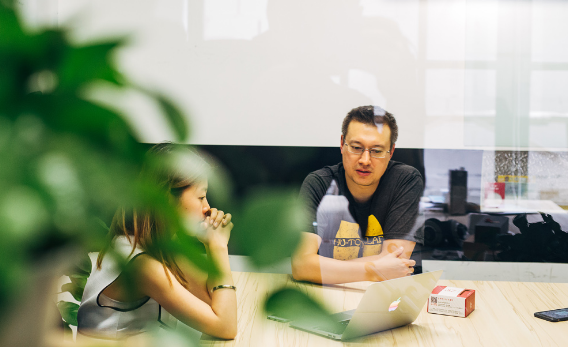 I’m gonna head over to the apartment for a little while. It’ll get me out of the house.

I didn’t end up going over to the apartment. I decided to stay inside and play Xcom 2 (I beat it). Shortly after I beat it Eddie invited me out so I did end up getting out of the house. Eddie, another friend and I all hung out and talked about entrepreneurial things for a couple hours and I headed back home.

I’m feeling really good about the direction things are headed in. The feedback I got about whether I should be looking for a mentor (or team members) now was essentially “validate the market first”. That’s pretty much what I already had in my mind. I’m really excited about my next stage. What I’ll essentially be doing is figuring out data I’d like to acquire, drafting some interview questions and start talking to humans who have the same problems and pains I have connected to managing bipolar disorder and see what trends I see while also validating assumptions I have about what I’d like to create.