It took my 24 days to post my “Cycle 5 Plan” and on day 25 George Floyd was murdered. That event took me in a totally different direction but… it was actually a direction I was already going in. I started going in that direction in a major way on April 12th, the day I found out Professor Pitt (aka Phillip King Harpist) passed away. I still don’t know how he passed away but I know what killed him… white supremacy and colonizer culture.

Pitt passing away made me question everything I was doing in my life. It made me realize, like I had never realized before, that I don’t have time to live a life for other people. It also made me mad that someone who was working so hard to fully realize himself could be failed by society to the point of death. Pitt was a gift to mankind. Getting knocked off of my personal center also knocked the relationship with my wife off center. I wasn’t living true to myself and I wasn’t going to let anything, even my relationship, get in the way of it!

My plan was released 24 days late because I was pissed at white supremacy, colonization, and oppressive relationship structures. Then day 25 comes along…

I didn’t “lose it” right away. Initially I was the “usual” amount of upset over black people being killed by police but… there was a wave of energy connected to the event that came crashing onto the shores of Taipei and I wasn’t ready. In 2016 I started a Facebook page for Black Lives Matter Taiwan assuming that there would eventually be a “world changing” event. In 2019 I held Taiwan’s first Black Lives Matter event. The page was mostly inactive after the event, but when I reactivated the page in response to the George Floyd event it went from 50 likes to over 1,000 in a matter of days. The page was also used to promote an event that brought out over 400 people in support of black lives. 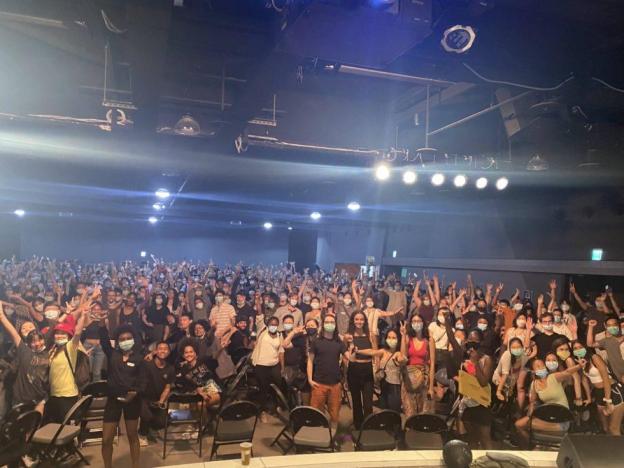 This event went from an idea on Monday to a packed house on Saturday. Here’s a video of an almost fully manic me wondering around the event space talking about… something. I’m not watching that video right now! lol

The event was June 6th. I probably totally lost it on the 7th. June 7th to July 9th is pretty much a blur. There are some YouTube videos and chicken scratch journaling that happened during this period of time but the key event I want to talk about is the uncontrollable rage I experienced.

I TOTALLY LOST IT more than a few times while dealing with my wife. Full on manic I everyone wanted me to go to the hospital lost it. I was upset at colonization, white supremacy, and oppression and she became my target for all three. The rationale for being mad at her didn’t make any sense but I wasn’t being rational. I was being emotional. I was deeply triggered by my own trauma. Complex trauma or, complex PTSD. This was a phrase I learned Wednesday, August 5th at a Black Lives Matter meeting from my friend SueAnn.

From August 5th until now (August 24th) I’ve been thinking a lot about complex trauma. I’ll share a traumatic story that’s always the first one that comes to mind. I’ll make it quick.

9 years ago I was speeding and didn’t pull over right away. The reason I didn’t pull over right away is because I was close to the house and I was worried about my car getting towed for something stupid (something that had recently happened). I slowly drove to my house with the cop following me. When I finally pulled over I was met by a HYSTERICAL cop pointing his gun at me. He dragged me out of the car at gunpoint, handcuffed me, and searched the car. When his search came up empty handed and he found out I didn’t have any warrants he gave me a ticket and left. I suppose I had one of those “life flashes before your eyes” moments at the height of it all. I worked really hard to move slowly and not do anything “threatening”. I was really close to having my life taken away for speeding. I’m typing this is a calm fashion but I was EXTREMELY upset about that. Even more upsetting is that the cop never filed the paperwork he was supposed to for drawing his gun. The guy who’s supposed to keep the system running smoothly totally sidestepped his responsibility to maintain transparency about situations like that.

Anyhow… this is one of many stories, situations, and experiences that came flooding to me as a result of the passing of Pitt and the incident with George Floyd. I was turned on to a book called “The Body Keeps The Score” which I’m listening to on Audible.

I was planning on reflecting and creating some documents the last 108 days but instead I learned about complex PTSD. A win I think. 🙂

With the reflection out of the way it’s time to start planning!

Mastering the art of effortlessly making my dream my reality and helping others do the same.